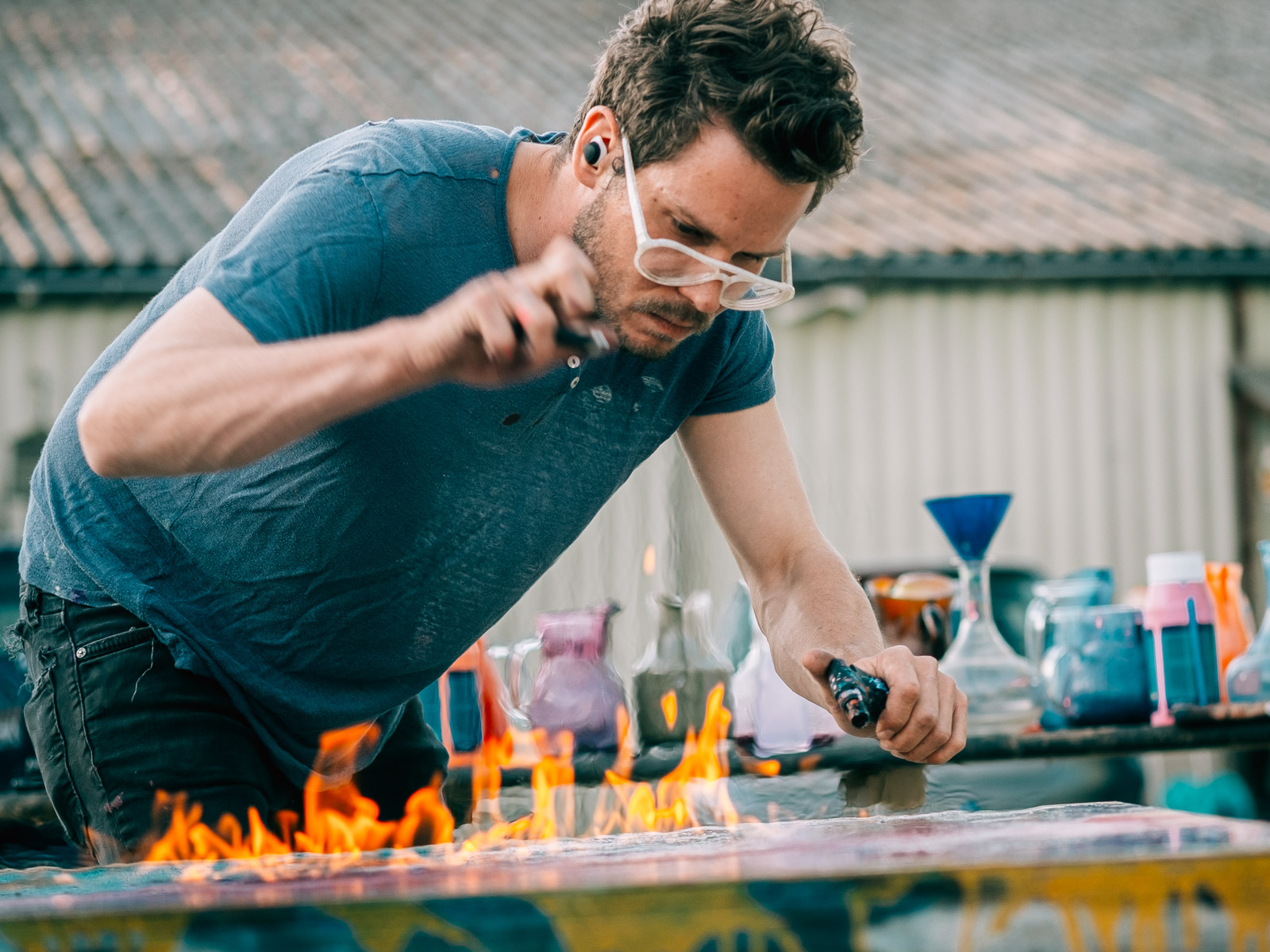 Alex Cummins, painting outside his studio in Langenfeld. July 2020.

Alexander Bruce Cummins (b. 1983) is an American artist based in Cologne, Germany. He uses a mixture of Acrylic paint and fuel to create abstract pieces on handcrafted wooden objects.

“Each piece is created through the deliberate release of control”

Using fire to paint is not a gimmick but rather part of a method that harnesses chaos to craft unique artworks that are impossible to recreate. Alex likens the creation of every piece to an improvised jazz performance: while following a preset structure and a set of rules, the artist is forced to pick up on the spontaneous creations and variations confronting him at any particular moment. Within this framework, each piece is created through the deliberate release of control, allowing an organic mixture of materials, chemical elements, environmental conditions, ideas, techniques and actions.

Alex admits that he does seek to convey a particular aesthetic language through his work, but that is not his driving force. Rather, Alex really enjoys the process itself: the unleashing of chaos through fire, the fluidity of improvisation, the simultaneity of destruction and creation.

Although every painting is unrepeatable and unique, Alex isn’t particularly sentimental about it. He emphasizes the process of creation rather then the outcome: “when the performance is over”, he says, “there was the moment which gave way to something wonderful. It’s just that unlike in a live musical performance, something tangible is left behind.”

Looking at Alex’s art, we can see that indeed “something wonderful” is carried over into the layered complexity of the textures and colors that are nothing less than the traces of chaos itself, released through his dance with colors and fire.

· 22nd edition of the Biel/Bienne Festival of Photography with “Nothing Personal”, 4 May – 27 May 2018 Switzerland